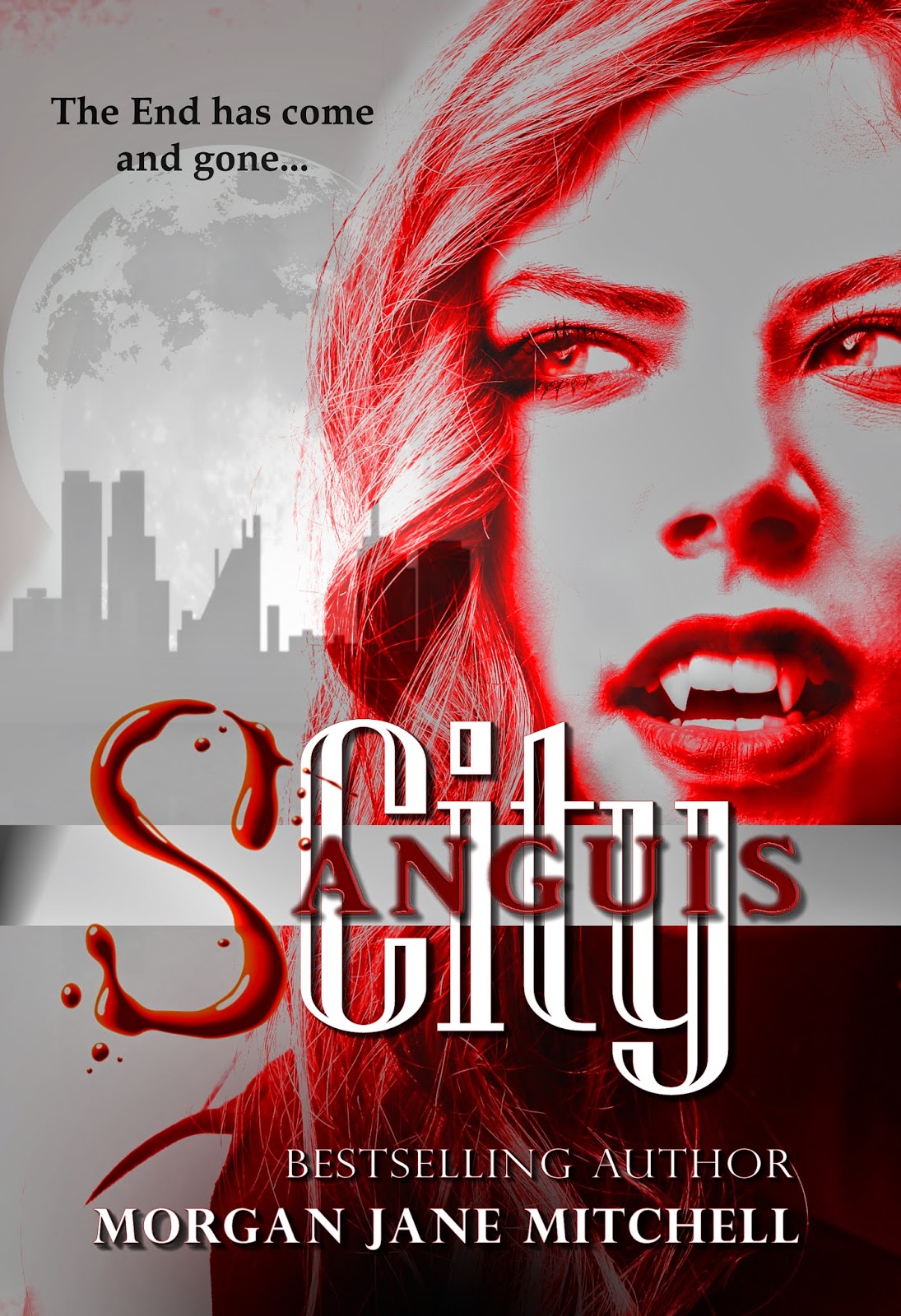 The End was not a Zombie apocalypse but a Vampire one. Ever wonder what happens after the world ends?
Lilanoir Rue did, a mere by product of the destruction, she never knew what happened before hand either. No longer just a human with fangs, she is banished from the only place she called home, the Human Reservation. She wipes her tears and never looks back. In a world gone dead, life has never been so good, for some. While others live in chaos, the chosen call Sanguis City home. The rich and powerful found a way to survive The End and enjoy every minute of it, for eternity. On the brink of a gruesome death from starvation, disease or a hungry zombie, humans flock there to sell their blood for peace and security.
The city of blood, made for and by vampires, welcomes Noir; her kind are in high demand. New vampires, the ones who bought immortality, need a loyal workforce. Neither Human nor Vampire, Bleeders take care of the city in the daylight. Draining humans by day and dating Vampires at night leaves Noir little time to think about her past, or much else, until it finds her. Noir never dreamed her fangs would be the ticket to the good life, but three years in the city has earned her a promising future, career and, just maybe, a love life. But when she falls for her charmingly sexy  Professor, an Authentic Vampire, she also falls into a web of nightmares. Does she really know anything about the real Vampires or about the city she now calls home? Unable to escape painful memories, she uncovers more than her own secrets. Quickly her dystopian paradise starts crashing down around her, and some secrets just won't stay dead, and others are bound to kill her before finals week. Ending up in bed with a monster, in more ways than one, might not be as bad as she had imagined. 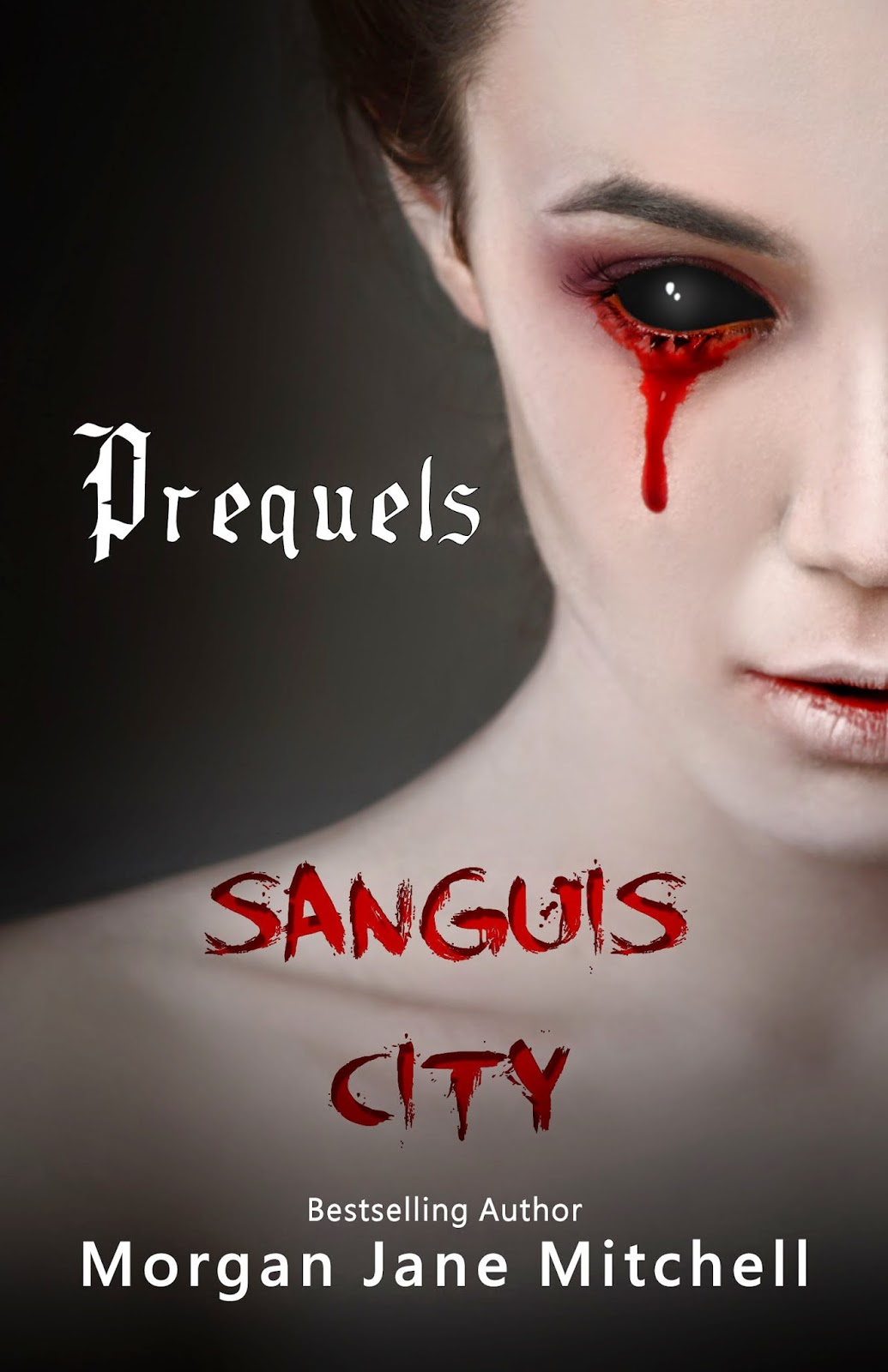 Meet the main character in these two short stories being released before Sanguis City. 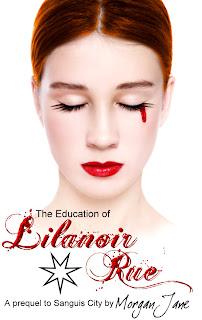 A prequel to Paranormal Romance/ Urban Fantasy, Sanguis City(July 2013), the first Short to the Sanguis City series.--- Lilanoir Rue, a side effect of The End of the world, has never had a say in her future until now. A rift between two factions of the Human Reservation is growing and she is offered a life with the man she loves. But nothing is ever normal for Lily, even something as simple as love. Used to being called a monster, Lily meets a real one at the worst possible moment but finds out that he isn't the only one she needs to fear.
Available on 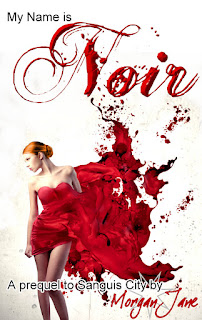 2nd Short Prequel to the Paranormal Romance/ Urban Fantasy series Sanguis City (July 2013) Lilanoir's world has been turned upside down, again, making her flee to the city that she has been avoiding for six long months, the city of blood. Join Lilanoir on her first day in Sanguis City. Life is certainly different than where she grew up on the Human Reservation. Lily knows that the city is ruled by the Vampires that took over the world but she doesn't know where she fits in, she isn't exactly a vampire. She soon discovers that her fangs are the ticket to the good life. It seems all she has to do is change her name and she can have it all. That is if only Tombs, the University's researcher, would leave her alone. 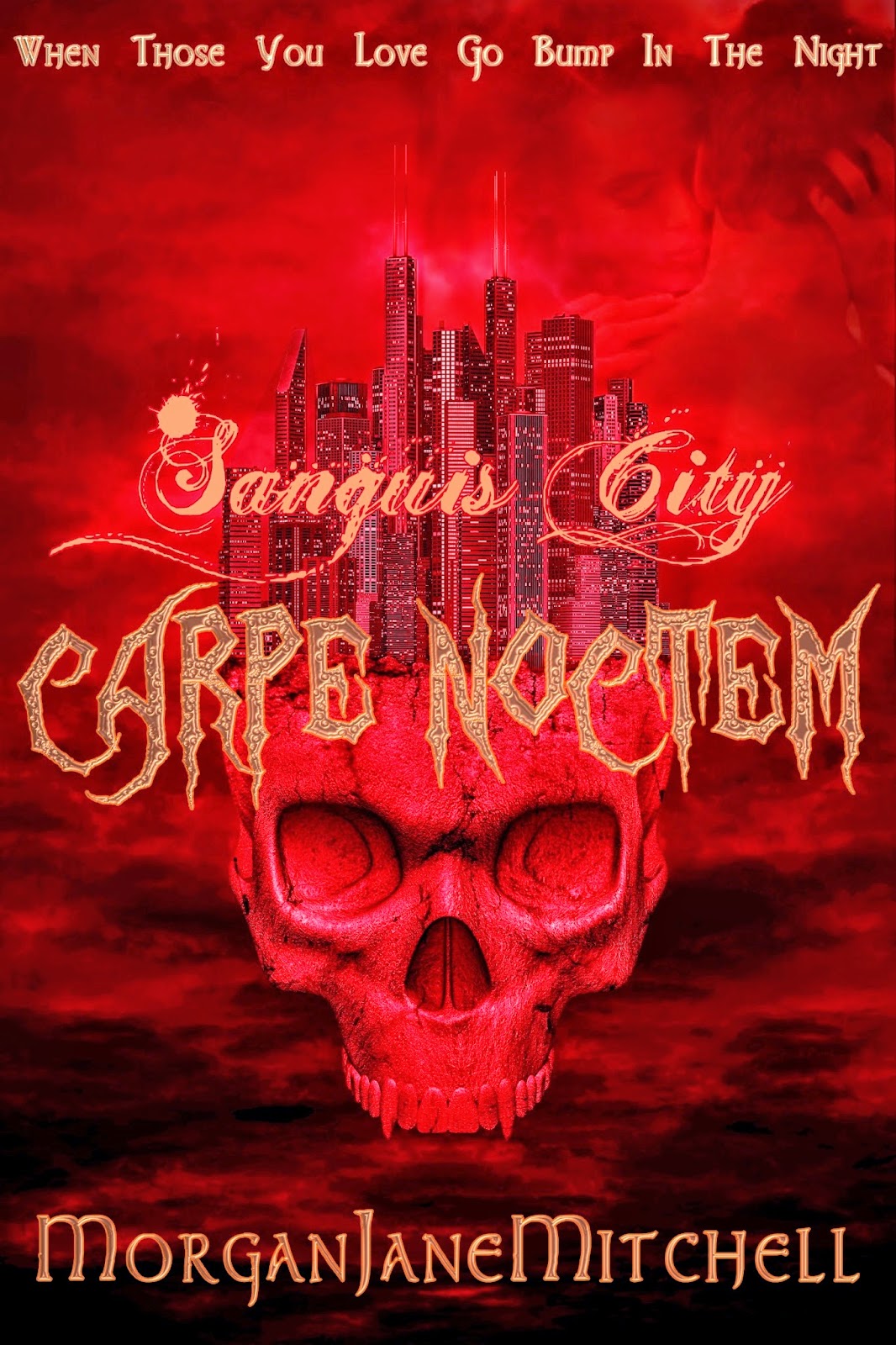 Amazon US
Amazon UK
iTunes
BN
Kobo
Add to Goodreads
It’s no fun being an unlicensed bleeder in the city of blood, especially one who happens to be the better half of a vampire god.
Trouble follows Noir as she escapes the vampire culture into The Fringe, where the most rebellious humans dwell. Well, at least she thought – other creatures of the night and day call the fringe home too. Among them, she might just find the witch to make her one wish come true, if he does not find her first.
Being juiced used to be her biggest fear until she finds out the alternative. Mandatory service sounds a lot like slavery to Noir. Good thing her sexy captor has a bigger problem, they all do… With the city on lockdown, trying to flush out the designers of the latest zombie virus, talk of a rebellion puts everyone on edge. The bleeders get caught in the middle, enforcing curfews and sanctions to punish all humans. Noir may be busy fighting her own battles with the men in her life but she can’t ignore her place in the upcoming conflict for long.
Even if she is more like a vampire than she ever thought, Noir tries to resist giving into the most basic of her desires as she struggles to free the man she truly loves. With demons reappearing, friends changing and her world crumbling down around her – how does someone who can not die cope? Is she a pawn in a more sinister plot or the key to saving the city? What will happen when Noir decides to seize the night?

All book information is subject to change. ©Morgan Jane Mitchell 2013-2015
My copyright is attached to all of my personal details, illustrations, comics, paintings, photos and videos, etc. For commercial  or private use of the above my written consent is needed at all times.﻿﻿﻿﻿